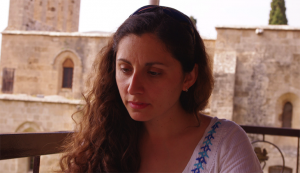 Rabia Harmansah, assistant professor of anthropology, has received the Wenner-Gren Foundation’s Engaged Anthropology Grant to organize an exhibition on shared sacred spaces in Cyprus. The exhibition will feature a variety of narratives, personal accounts, newspapers, and visual material related to the holy sites shared by Orthodox Christians and Muslims. The goal of the project is to attract public attention to the disregarded communication and exchange between different communities at the sites before and after the division of the island in 1974. The exhibition is intended to help create an avenue for sharing stories and memories and foster dialogue between Greek Cypriots and Turkish Cypriots. The documentation of the exhibition is largely based on Harmansah’s ethnographic fieldwork in Cyprus between 2010 and 2012.